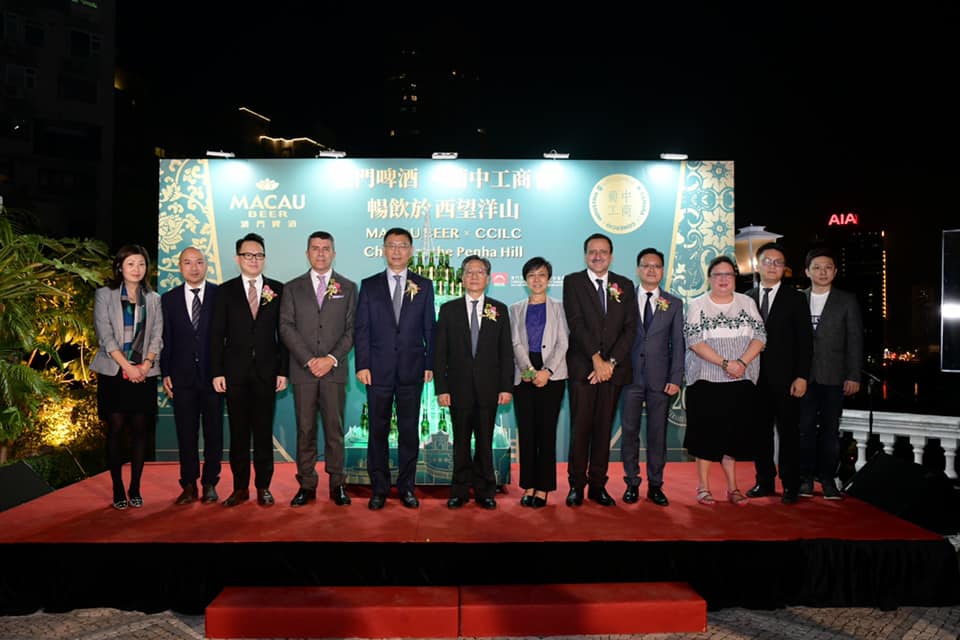 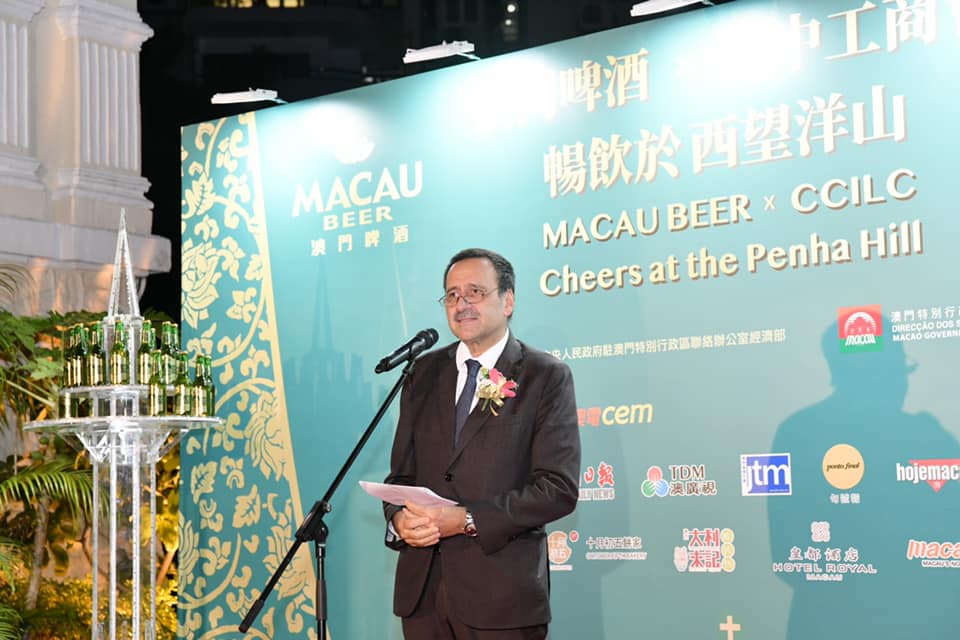 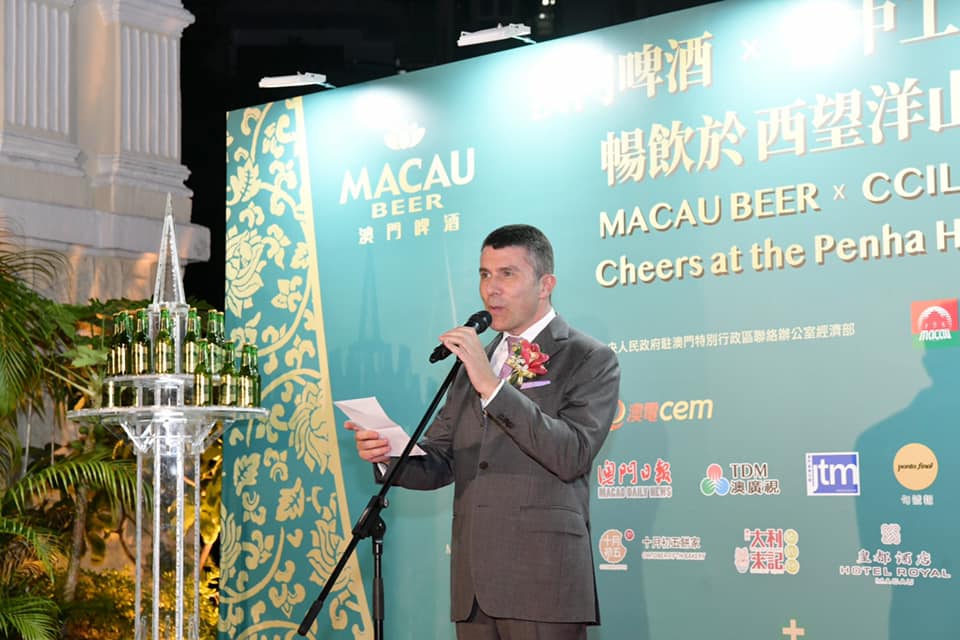 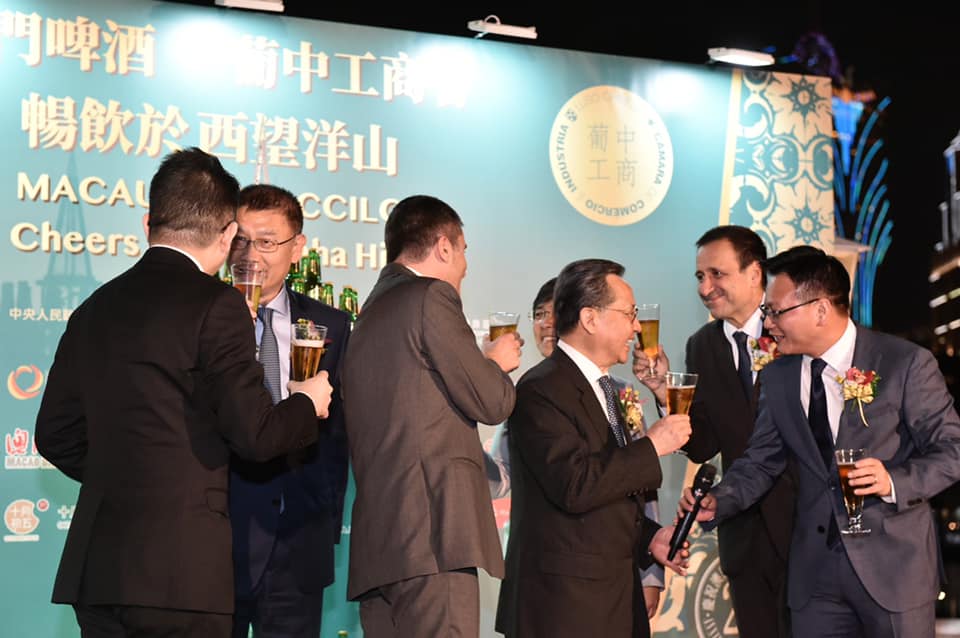 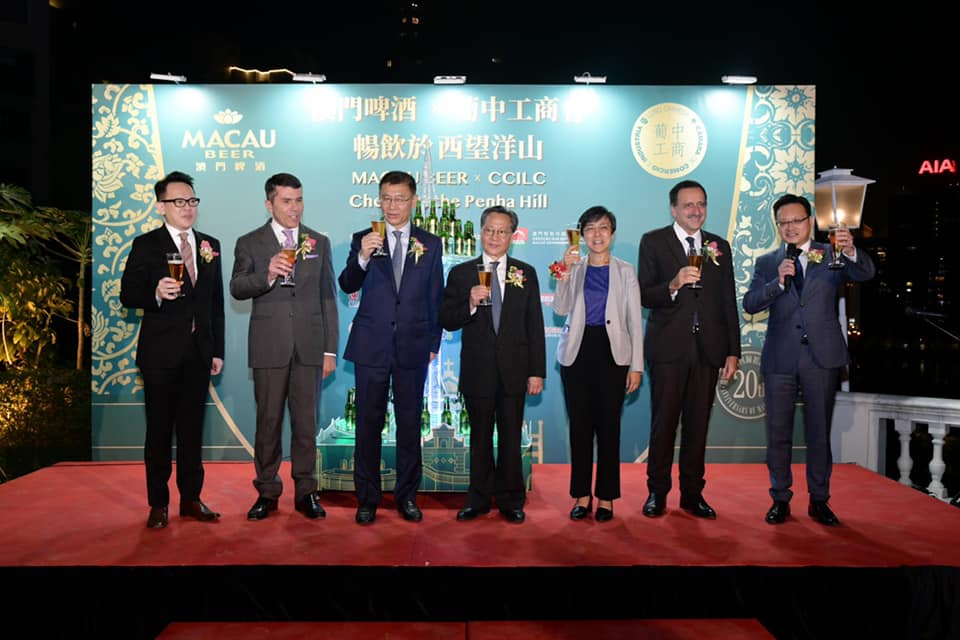 In order to promote and strengthen the development of Macau and Portuguese-speaking countries and enhance cooperation between small- and medium-sized enterprises (SMEs), MACAU BEER and Macau Delegation of Portugal-China Chamber of Commerce & Industry (CCILC) hold the “MACAU BEER x CCILC Cheers at Penha Hill” event, with the support of the Economic Affairs Department of the Liaison Office of the Central People’s Government in the Macao SAR  and Macao Government Tourism Office (MGTO),  at the Residence of the Portuguese Consul General in Macau and Hong Kong recently.

During the event, MACAU BEER will reveal a new look for its beer. With the Ruins of St Paul's, a landmark of Macau as the main feature, the new design will be more in line with the local culture. Officiating guests at the opening ceremony included Mr. Yao Jian, Deputy Director of Liaison Office of the Central People’s Government in the Macau Special Administrative Region; Mr. Kou Hoi In, President of Legislative Assembly of Macau SAR; Ambassador Paulo Cunha Alves, Consul General of Consulate General of Portugal in Macau and Hong Kong; Ms. Maria Helena de Senna Fernandes, Director of Macau Government Tourist Office; Mr. Charles Choy, Co-Chairman of MACAU BEER Company Ltd.; and Mr. João Marques da Cruz, President of Portugal-China Chamber of Commerce and Industry.

Charles Choy said that MACAU BEER has a mission, beside a mere commercial one. Beer is a medium general enough to build friendship.  Macau is more than a brand people love dearly and it belongs to all of Macanese. It is our home, a unique culture, history and a world tourism and leisure center and more it is a message we want to convey to our visitors and friends from all over the globe.  Macau and it’s Beer is in the local’s blood stream and it travels across world tourism destinations. MACAU BEER is a Great Bay Area (GBA) enterprises that base and have our root in Macau for decades and carefully nurture our manufacturing and craftsmanship in neighboring Zhuhai, utilizing edges of these two great GBA member cities to make MACAU BEER a sustainable diversification of Macau industries. In celebration of the 20th anniversary of Macau's return to the motherland, the company will offer to guests beer exclusively brewed by Japanese brew master Mr. Shiraiwa Yasunao.

In his speech, Mr. João Marques da Cruz expressed gratitude to the staunch support from different sectors, the event is not only aiming to unite local SME brands but simultaneously celebrating the milestone of Macau SAR 20th handover anniversary. With the future development of the Greater Bay Area and national Belt and Road initiative, Macau is becoming one of the most important hubs in the region, with great opportunities and potentials to expand the business network of Mainland China, Portugal and Macau. In view of this, the Chamber strives to drive our business partners in China and Portuguese-speaking countries to build closer ties through various means to further directly participate in the work of promoting the development of Macau as a service platform for trade cooperation between China and Portuguese-speaking countries.

Since CCILC’s establishment in 1992, Macau Delegation of CCILC has been committed to developing bilateral trade between China and Portugal and providing high quality technical support for companies to help them conduct business activities in China in a more efficient and secure manner.