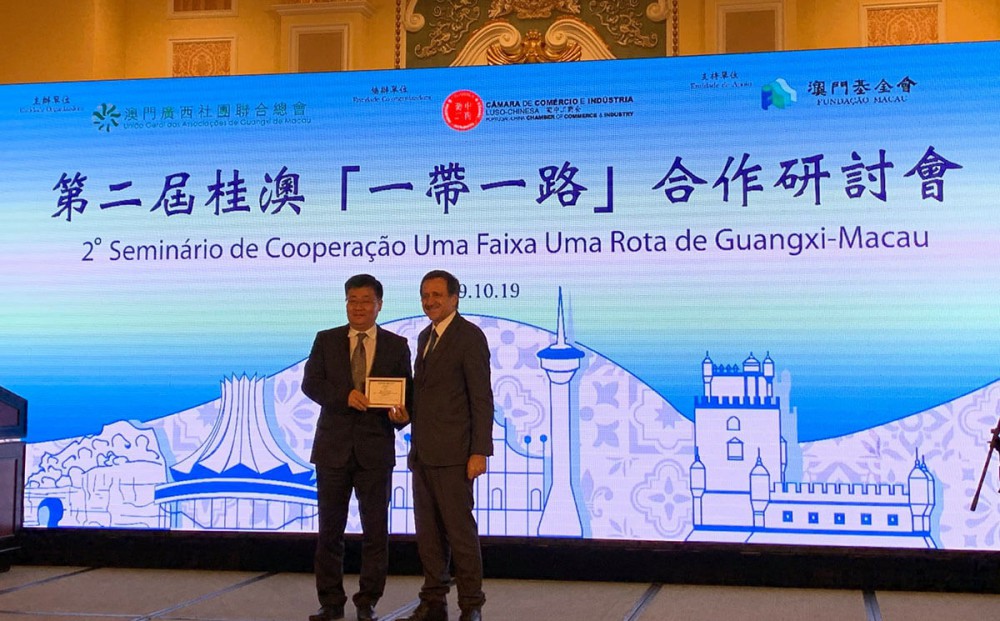 Organised by Guangxi Associations General Federation of Macau, co-held by Macau Delegation of the Portugal-China Chamber of Commerce & Industry (CCILC) and sponsored by Macao Foundation, the seminar on Belt and Road cooperation between Guangxi and Macau – China-Portugal economic and trade cooperation was successfully held with full house attendance.

In the seminar João Marques da Cruz, Chairman of Portugal-China Chamber of Commerce & Industry, said that he is positive and optimistic about the prospects for economic and trade cooperation between China and Portugal. According to data from Bank of Portugal, China ranks 18th in the import of goods and services from Portugal in the world and ranks No.1 in Asia. Portugal is well developed in terms of higher education, infrastructure and transportation. It has put in place policies to lure foreign investments, making it a popular destination for investors as well as those who seek quality of life.

Bai Lan , Director of the foreign investment management division of the Department of Commerce of Guangxi, introduced the major aspects of the China (Guangxi) Pilot Free Trade Zone, including the general objectives of the three areas, namely Nanning, Qinzhou Port and Chongzuo.

Chui Ka-wing, President of Guangxi Associations General Federation of Macau, delivered a speech, saying that Portuguese-speaking Countries, Guangxi and Macau have brilliant prospects for cooperation. The China (Guangxi) Pilot Free Trade Zone (FTZ) covering the  three  places  was inaugurated in August to serve as a financial gateway for ASEAN.